Can An S Corporation Retained Earnings?

The Retained Earnings is that part of earning from the income after the complete distribution of salaries and wages to the workers and employees. The earnings of any business company can be either in form of profit or loss. Or, you can say that it is either a positive profit or negative profit. If the retained earning comes in the form of profit. Then, the company reinvests the profit back to the company for growth purposes. Otherwise, they paid out the profits to the shareholders. In this blog, we will learn about the S Corporation Retained Earnings.

S corporations divide the earning of dividends to the shareholders of a company which can be taxed at only the level of shareholder. Earnings do count in the Retained Earning accounts but not as profit or loss. The S corporation is not dependent on either the collecting earning taxes or the person holding business tax.

The most important thing is that S cooperation can divide the earnings only into two shareholder-level attributes. The one is stock basis and previous income with tax enforcement and the second is two corporate-level attributes – earnings and profits (E&P) and the accumulated adjustments account(AAA).

What Is The Aim Of S Corporation Distribution Rules?

S Corporation is generally a single level of taxation. When an income generates in an S corporation then its distribution among the shareholder is termed as retained earnings. Instead of not taxed at the entity level. When the income is subsequently distributed under the single level of taxation which is not taxed for the second time. Under Sec. 1368, the distribution by the S corporation can generate three possible tax consequences to the recipient shareholder. The one is a taxable dividend, the second is gain from the sale of the stock (which provides capital gain) and the third one is a tax-free reduction of the shareholder’s basis in the corporation’s stock. These three are not mutually exclusive. Even a single distribution may result in two or all three of these consequences.

The concept of double taxation is the hallmark of subchapter C. When a C corporation earns taxable income, the tax is put on income at the corporate level. And, the distribution is taxed to the shareholder as a dividend. So that the same dollar of corporate income being earned is taxed twice. One is at the entity level and the second is the shareholder level.

What Is Retained Earnings?

Formula Of Retained Earning And Its Calculation

The current situation of the company can affect whether the S corporation status is right for any business or not. The S corp status gets into trouble if paying taxes on profit does not come by, then it will be weighed against the tax advantages. And, the profit distributions do not credit tax. If the shareholders and the tax advisers determine that S corp status is not satisfactory then, the company can terminate the status on its own.

Understand The Term Of Dividends And The Retained Earnings

A well-built company does not pay attention to giving dividends or they may pay a small amount of profit. Because they mainly focus on retained earnings and invest again in the company for finance activities like research and development.

To know about a company’s success, you can look at the details of maximum utilization with the retained earnings which are called Retained Earning to Market Value. There is also the possibility of measuring it by a period of time(such as a couple of years) and assesses the stock price changes against the net profit obtained by the company. 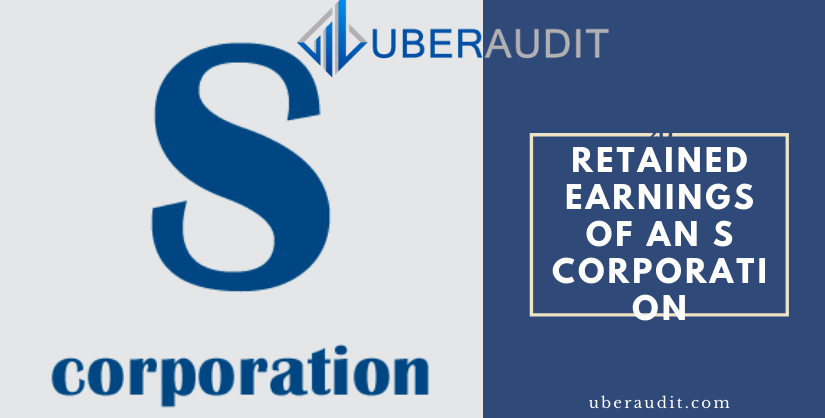